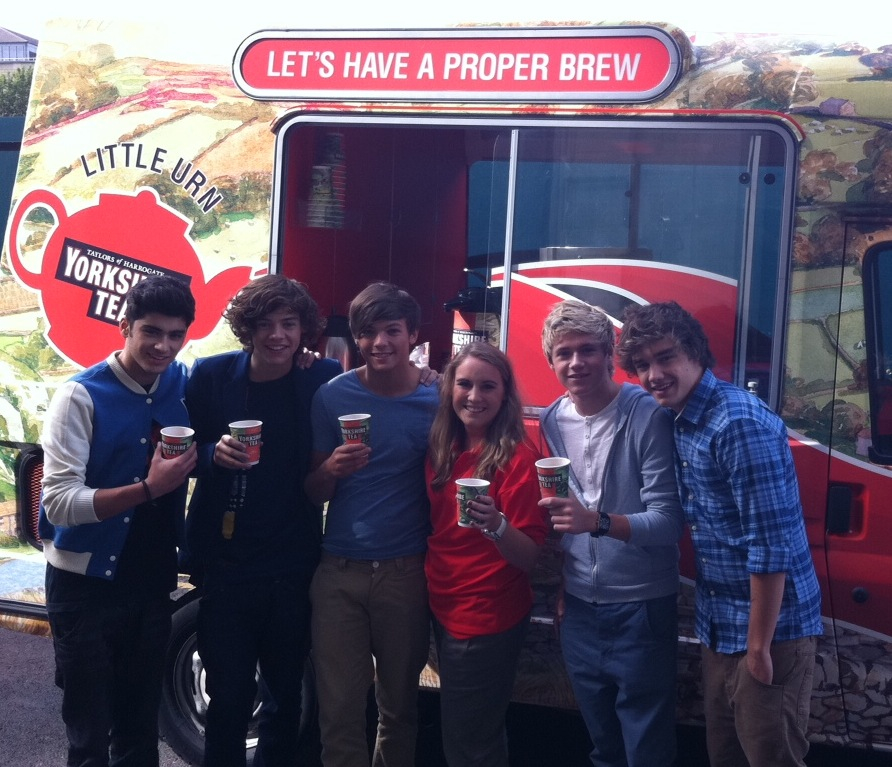 What a month we're having - first off we send Little Urn on a tour of the UK to celebrate his return from the States, then we end up being surrounded by boyband fans in London. It turned out One Direction were in the building next to where Urn was parked, and Louis from the band is a massive Yorkshire Tea fan.

Once we learned that, we gave his manager some goodies to take in to their band meeting, and later that day Louis tweeted about us, giving rise to hundreds of 1D fans tweeting about us too.

Which is obviously not a normal week for us!

Then it began to snowball. Next up, comedian Alan Carr added to the tea-tweetage by revealing his love for Yorkshire Tea to his 1.1m fans. This led to a reply from DJ Sara Cox, who quite agreed, and later from Pineapple Dance king Louie Spence.

Just when we thought it had begun to calm down, we found out that sports presenter Gabby Logan had joined in the twittering to declare that she too was a YT fan, with former Spice Girl Mel B doing the same later.

For a Yorkshire family business, it was a bit more attention than we're used to, but we weren't complaining. And then we thought it was all done and dusted.

Until this morning, when we discovered that the One Direction boys were down the road doing a radio interview in Leeds! Quick as a flash we set off in Little Urn to surprise them with a proper brew or two.

You can imagine our disappointment when, 5 minutes from Leeds, we learned they'd left the building... But as luck would have it, we found out they were headed for Bradford. We fired up Urn and headed off to hunt them down.

A few minutes later and we were pulling up outside Pulse FM in Bradford - just in time too!

Out came Louis and the boys, and our Heidi was able to serve them all a much-needed cup of tea. They were lovely lads and really appreciative, and the tea certainly went down well.

After all that running about, we needed one too!